My biggest hurdle is starting a project when I can’t foresee the end result. I can knit a scarf, but my pattern told me how it was supposed to look at the end. I can draw the scene I see in front of me, but I have that scene for reference of how it should look. Creating an image of a somewhat-absurd-something from my own imagination is another story. Imagery blows my mind.

I’ve had ideas for surrealist-imagery in my head before, but I’ve never acted on them because of uncertainty. Without knowing exactly how I want it to look and how I should start, I hesitate with over-analysis of the idea to the point of falling out-of-love with it. To avoid a failed result, I’ll end a project before it is close to being finished (which means I fail, regardless). To attempt to create with this uncertainty is simply terrifying for me, so I tend to weasel my way out.

Maybe I am being a little over-dramatic…

If I want to truly create, I need to let go of this over-analysis and fear of uncertainty. Because, no matter how skewed from my original idea the results are, what is left is still a valid perspective within the subject of creation; it isn’t about the result anyway — it’s about getting there. Its is about utilizing the creative energy in me to manifest a concept into creation.

As anticipated, I was uncertain of how to overcome this problem with uncertainty….

So I just began a project with the intention of seeing it through, no excuses.

I first sketched out the basis of a simple idea lightly with pencil on a piece of Canson Canva-Paper, a pre-primed paper with a canvas-like texture. I’ve never worked with this paper before — it really belongs to my parter — so I wasn’t quite sure how it would work out.

I planned to work with a small acrylic set (also not mine) and some of my watercolors. I tested the paints on a scrap piece of the same paper to get a grip on how they felt against the fiber and how they could be manipulated.

Side note: I don’t consider myself a painter — I just like to experiment. In terms of pairing paper to paint, I am totally in the dark — which is perfect! Not only do I want to discover these things on my own, but this uncertainty is what I am trying to beat. (The pairing for this project was wonderful, by the way.) Discovery is the first step towards knowledge! 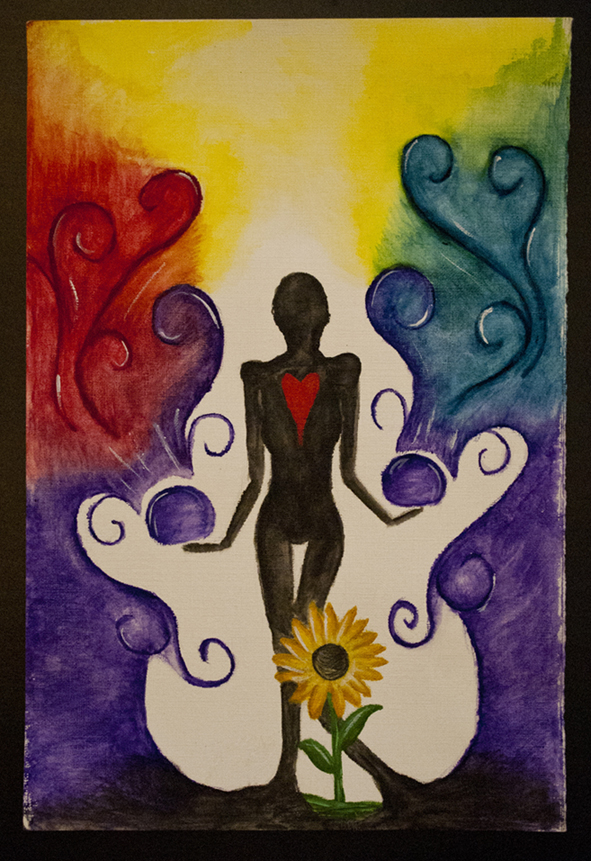 Energy.
Acrylic and Watercolor on Canva-Paper.

On the first night, I had the image just started. I was one-fourth through and I really liked what I had on the paper, but that’s when my uncertainty hit: I wasn’t sure how to take the next step. I had an idea of what I wanted, but I wasn’t sure how to get there. I felt the urge to just stop — like I usually would do — and think that, someday far down the road, the ability to move forward with this image would just come to me.

I bypassed that uncertainty by giving myself just one day — a few hours of sleep and one day shift at work — to let the uncertainty fade with my other responsibilities and tasks, and to let my creative energy regenerate. The second night, when I encountered the project, the uncertainty was there but I knew that I couldn’t linger. I didn’t let my mind analyze anything: I put my brush in my purple paint and set it to the paper. “Well, there is no going back now!” I said to myself, and continued on that path.

I’ve never really painted, or even attempted to paint, imagery like this before. Although this isn’t exactly what I was going for, I’m very happy with my result! I think I’ll be making a second attempt of  a similar idea soon, just for experiment-sake.

I should have stated in the above post the inspiration for this creation… (Better late than never, I guess.)

The imagery came to me while contemplating the process of conceptualized creation — essentially the the transference of an idea into creative energy into creation.

It is the process of utilizing energy from the soul by the “sole,” or palm of the hand, and focusing it into something….

(I wanted to state in that last sentence “focusing it into something beautiful,” but then I realized that the term “beautiful” is too subjective. Although I believe that creation, itself in all forms, is a form of beauty, I did not want to convey the notion that one must consider the creation to be beautiful for it to be a creation…. get it? Wow, over-analysis.) 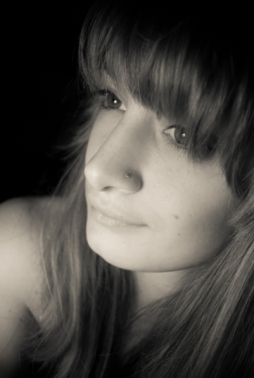